There are a number of interesting number patterns that crop up all the time. In this article we are going to look at the ones that you see most often, and how they are formed. 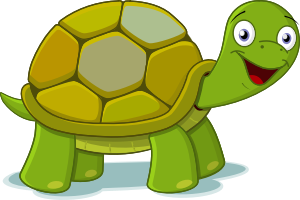 Timmy the Turtle hopes to climb Mount Kosciuszko one day. He's practising hard by climbing ramps in the garden. Every hour, Timmy manages to climb \(20 \text{ cm}\). He keeps at it for hours. He writes down the heights he has climbed to in a table:

If you look at the heights that Timmy has recorded in his table, you might notice that they form a number pattern:

\( 20,40,60,80,100,\dots\).
Each number is \(20\) more than the one before it. The sequence of heights that Timmy has reached forms a special kind of number pattern called an Arithmetic Sequence. You might see it called an arithmetic progression in some books.

Just like the sequence of heights that Timmy the Turtle has reached, an arithmetic sequence is made by starting with one number, and adding the same amount to it at each step.

You can make the pattern as long as you like by keeping going, and adding \(2\) again and again.

If you want to work out how much is being added each time in an arithmetic sequence, subtract one term from the next term in the sequence. The difference will always be the same.

The value that we add to the last term each time is called the common difference: "difference" because you can work it out by subtracting each term from the next term in the sequence, and "common" because the answer is the same all the time.

For example, in the sequence

Note that the common difference doesn't have to be a positive number. In the sequence,

Geometric sequences are number patterns in which the terms are formed by starting with a number, and multiplying it by the same number over and over again.

Note:The common ratio does not have to be a whole number. For example, in the sequence

The common ratio can also be a negative number. For example, you can build a sequence by starting at \(3\) and multiplying by the common ratio \(-2\) to get

There are a lot of number patterns around that aren't arithmetic or geometric sequences. Here are some examples.

The numbers
\( 1,3,6,10,15,21,\dots\)
are called the triangular numbers. The numbers in this sequence form a pattern of dots that can be arranged as a triangle. You form each additional triangular number by adding an extra row to the previous triangle, and counting the number of dots in the new triangle:

You can also form a number pattern by counting the dots used to form pentagons of progressively bigger sizes as shown in the picture below:

Fibonacci (Leonardo of Pisa) came up with this sequence when he was thinking about populations of rabbits: 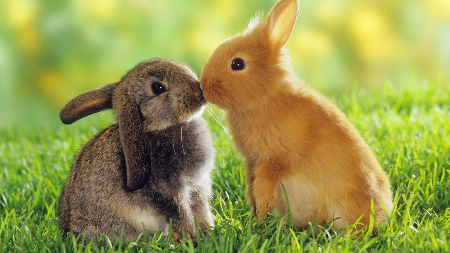 There are all sorts of different number patterns. Why not see if you can come up with some of your own?