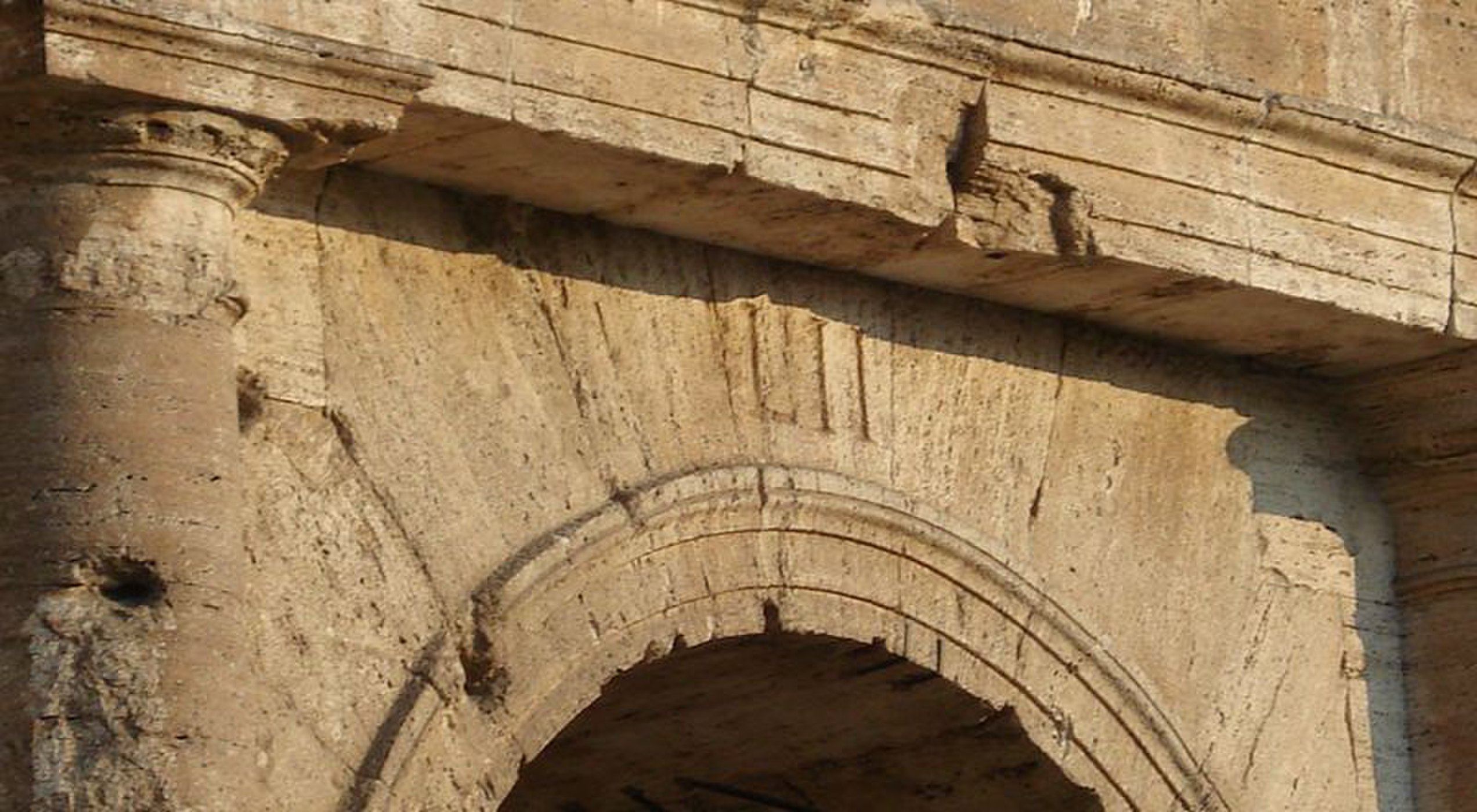 You've seen Roman Numerals before. They're the funny collections of \(\text{X}\)s, \(\text{I}\)s, \(\text{M}\)s, \(\text{C}\)s, \(\text{D}\)s and \(\text{L}\)s that crop up at the ends of movies. You might have seen them when your parents made you watch the credits so that they could find out which actor played a particular role. Other places you might have seen them are on clocks, sun dials or old buildings. The picture to the left shows Roman numerals that were used to number a gate at the Coliseum in Rome. In this case, the ancient Romans gave the gate the number \(52\), or \(\text{LII}\).

So what do these funny symbols mean?

Different Roman Numerals are formed by making combinations of the following symbols: 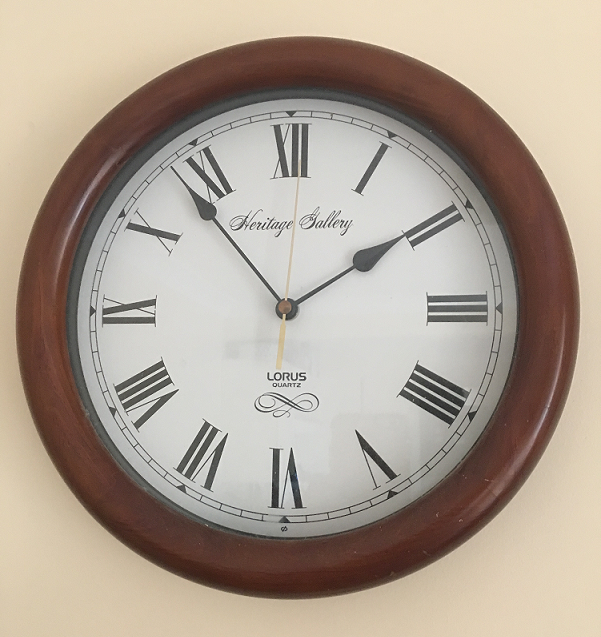 How about going back the other way? You just follow the same rules. Don't forget to look back at your table of values for the Roman symbols. Let's look at a couple of examples.

Here are some of the more common combinations of Roman numerals that you might see up on buildings or at the cinema.

Let's Write the Year at the End of a Movie

There must have been at least one good movie made in 1987. Let's see how this year would appear in the credits of a movie. 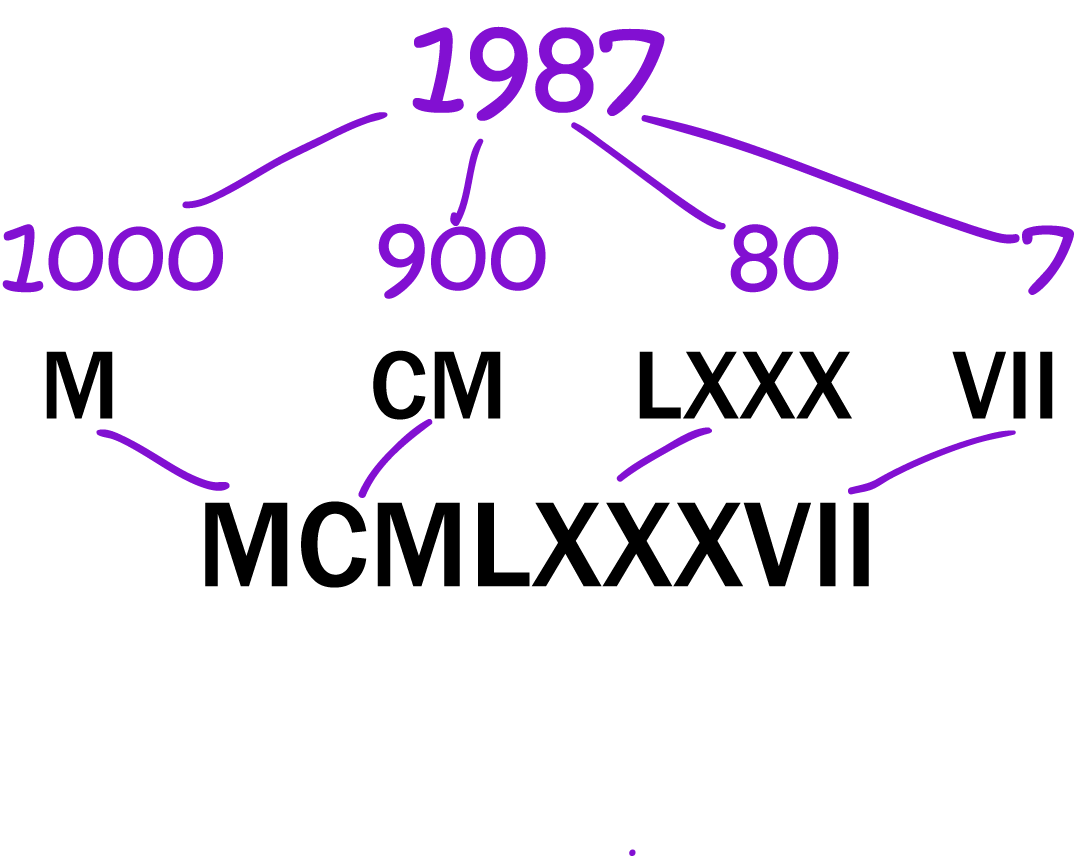 How Do You Remember the Symbols for Roman Numerals?

Probably the hardest thing about writing and reading Roman numerals is remembering what all the symbols mean. Here's something that might help you. 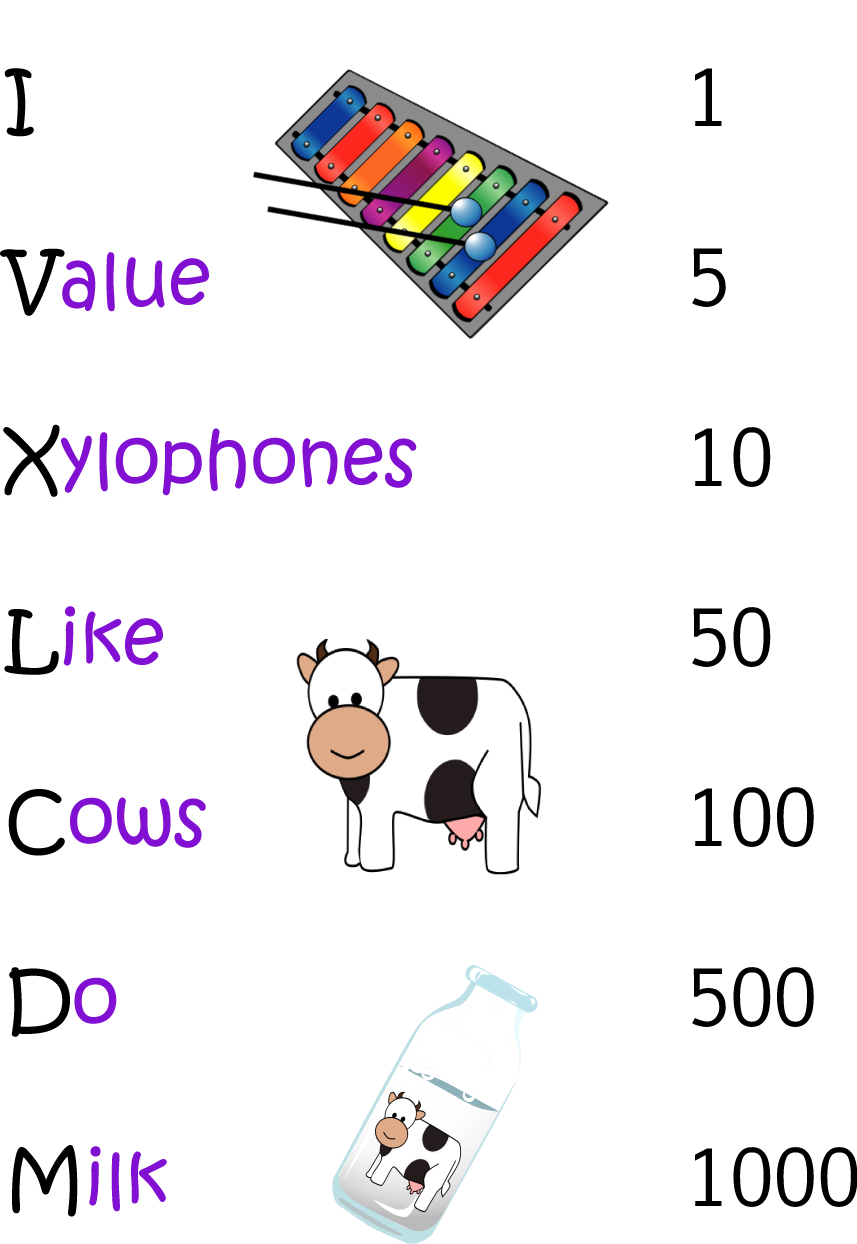 The sentence, "I Value Xylophones Like Cows Do Milk", sounds pretty silly, but each word starts with the Roman numerals in ascending order from 1 to 1,000.

OK, so now you're all set. Tomorrow, you'll be able to take out your sun-dial and tell the time in a flash! Provided, of course, that it isn't raining.