We use inequalities when we want to compare the values of two numbers. In mathematics, we don't always know what things are equal to, but we may be able to get an idea of when something is greater than another number, or less than another number.

We call these expressions inequalities because the things they are comparing don't have to be "equal".

Greater Than and Less Than

The inequalities that are most commonly used are: 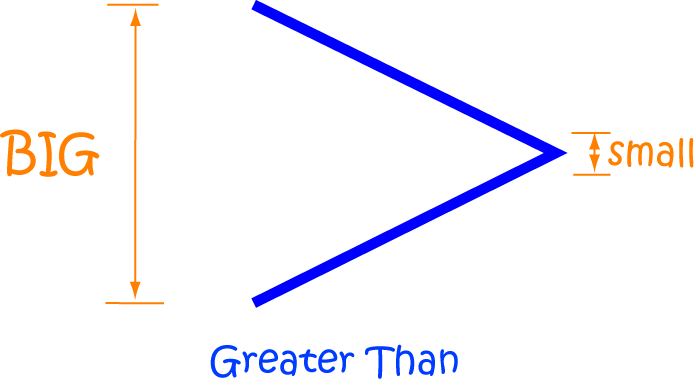 For the less than symbol, small \(. 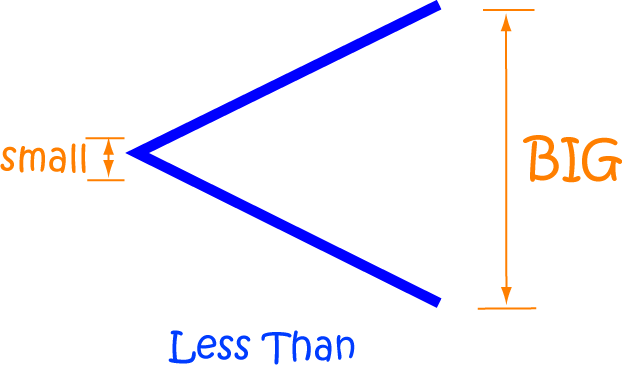 Jacinta goes for a ride on the roller coaster at Luna Park. The sign tells her that she must be over 120 cm to ride. How tall is Jacinta?

We don't know exactly how tall Jacinta is, but we do know something about her height.
It must be "over 120 cm", so we can write down an inequality for Jacinta's height:

To write these inequalities, we need to use symbols that include both an equals sign and a less than or greater than symbol. These symbols are described below.

In this case, we know that Aaron's age must be more than or equal to 13 years. We can express this as an inequality as follows:

Megan goes to the zoo with her parents. They don't have to pay for her ticket as children aged up to 5 years old get in for free. How old is Megan?

Again, we don't know exactly how old Megan is, but we do know that the oldest she can be is 5. We can express this as:

You can practise comparing the ages, heights and weights of your friends using \(\)

If you'd like to read more about inequalities, check out the article on comparing numbers.